Iran is a nation whose musical tradition harks back to ancestral times. To this day, traditional music remains extremely important in the country’s culture, alongside different strains of regional folk music. Classical Western music was introduced in the 1900s, mainly through contact with France, and classical Iranian music, despite its recent origin, fascinates by its incredible variety and blending of multiple elements.

100 Years of Iranian Piano Music is a collection of piano works by Iranian composer who have studied both traditional Iranian music and Western classical music. The repertoire is a diverse mixture of styles and genre, influenced both by folk music and contemporary music, written over the course of a hundred-year period. The programme explores the ideas of tradition and influence, both central themes in Iranian music, and highlights a rich musical language which is constantly reinventing itself.

Layla Ramezan is recording this project with Label Paraty Production - Harmonia Mundi Distribution, which will span four volumes, the first of which was released in January 2017 and it exposes the 50's and beyond Iranian piano music. 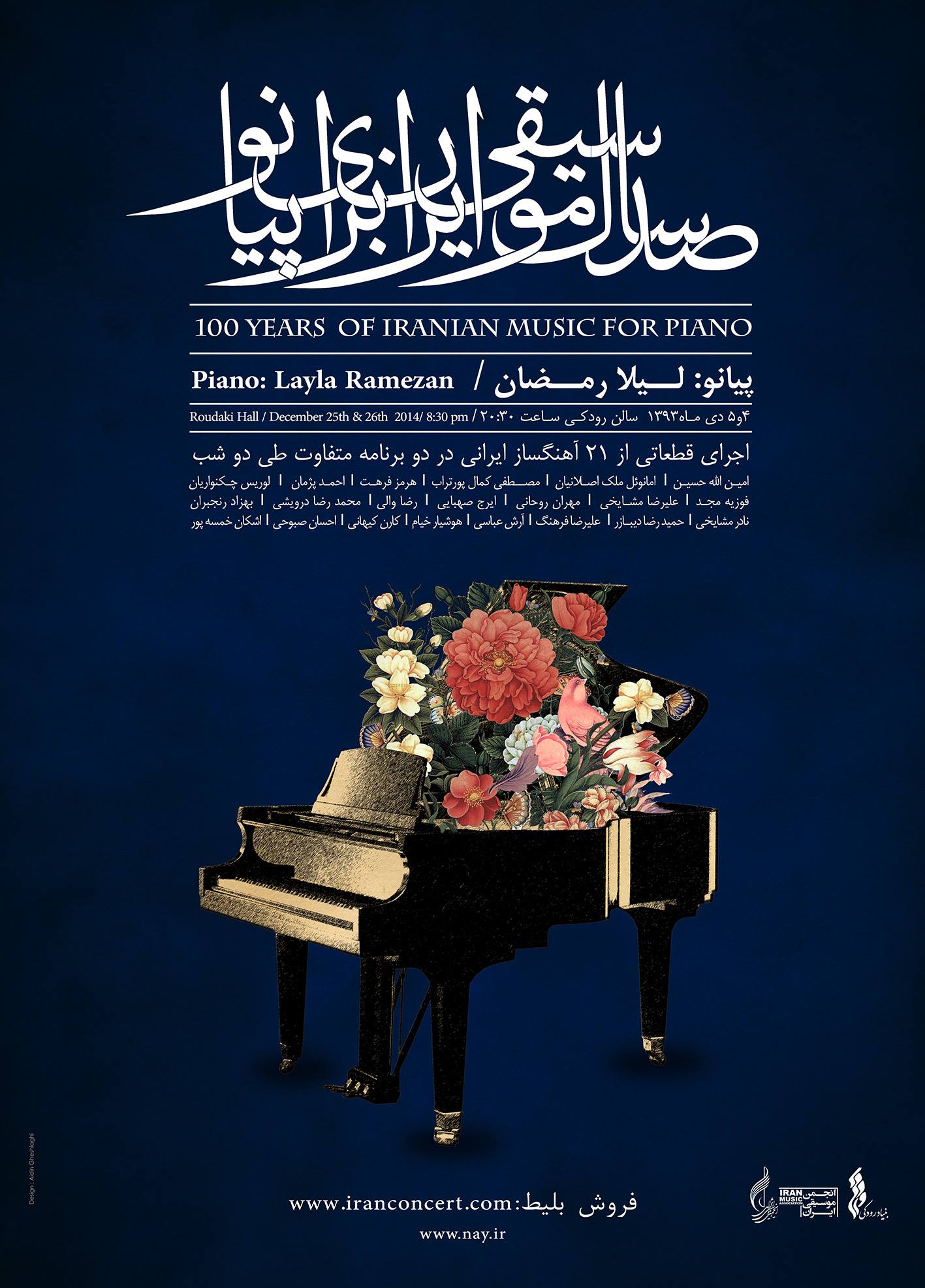